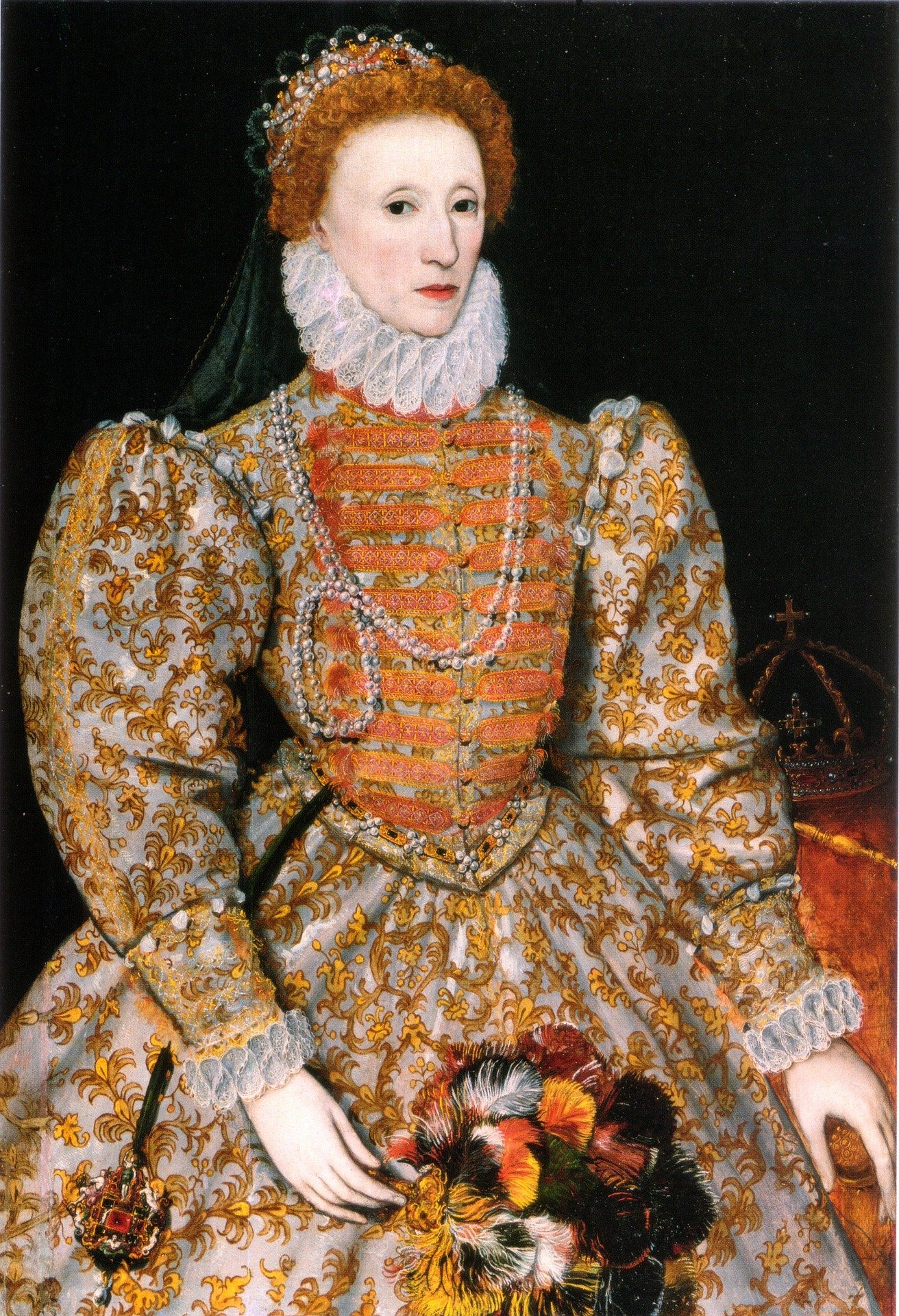 Common notions of beauty during the Elizabethan era would make quite a spectacle today. Queen Elizabeth I, wanting to keep a pure, innocent appearance, wore very white makeup that resulted in a thick, heavily made-up appearance. Although it was extreme, it did make her appear pale and hide her smallpox scars and wrinkles. During these times, women of high society modeled their appearance after that of the queen. It became desirable to have a high forehead, a small mouth, and pale skin and hair. Red hair was also thought to be beautiful. Many, if not all, of these styles were reserved only for the upper-class, wealthy ladies of the court and some merchant wives. Other lower economic groups were more concerned with working and therefore did not have the time, money, or ability to stay out of the sun or apply makeup. Many did not have the resources to have any type of skin-care routine at all.

As pale skin was a sign of innocence, nobility, and wealth in both men and women, talc and other lightening and whitening substances were commonly used as makeup. Many skin-care products and routines were harmful to the skin, and some were even life-threatening. Wrinkles were often extreme due to the use of harmful skin products, which resulted in the use of more skin-care products to hide the damage. Many women, and some men, used ceruse to make themselves appear very pale and unnaturally white. Ceruse, a mixture of vinegar and lead, was a popular cosmetic foundation that led to horrific skin sores, wrinkles, acne, and other damage. Many women died of lead poisoning from the use of ceruse.

Rouge, also known as fucus, was made from some very unusual materials by today’s standards. It was often composed of a mixture of vermillion, gum arabic, egg whites, figs, ochre, madder, and cochineal.

During the Elizabethan era, wide and bright eyes were in fashion, ideally with thin, harshly arched brows above them. Women plucked their eyebrows into very thin, high arches. Women often used kohl to outline their eyes after adding belladonna drops to dilate their pupils.

Light blonde and reddish-blonde were the desired hair colors of the Elizabethan period. Women would often attempt to dye their hair. Some of the more common ingredients used to lighten hair were saffron, cumin seed, celandine, oil, and urine. Women who were not happy with their hair color often wore wigs. Queen Elizabeth was known to have consistently the same Tudor red hair color even as she aged due to the wigs she wore. Large foreheads were considered beautiful as well, so in addition to coloring their hair or wearing wigs, many women would pluck their hairlines back an inch or more to raise their hairline.