Should You Use a Snail Cream?

Should You Use a Snail Cream?

What is a snail?

Before we explain the benefits of snail slime, it would be beneficial to answer the question: what is a snail? Generally speaking, a snail is a shelled gastropod (gastropods that naturally lack a shell are called slugs). Snails can live on the land, in the ocean, or in freshwater. The majority of the snail slime that is used in skin care is obtained from the Cryptomphalus aspersa species, also known as the common garden snail.

What are the Best Skin Care Products of 2023?

What is snail slime?

Snail slime, also called snail mucin, is a discharge that has a gel-like texture. It contains approximately 91 to 98% weight of water, depending on the species, combined with hyaluronic acid, glycolic acid, allantoin, glycoproteins, enzymes, growth factors, and sugars. This slimy substance is naturally secreted by snails, allowing them to easily glide over surfaces. Mucin also acts as a protectant if the snail encounters any twigs, rocks, or other sharp objects, helping them to heal quickly.

The use of snail slime to improve skin dates back to ancient Greece, where Hippocrates, the famous physician, reportedly prescribed crushed snails and sour milk as a way to rid the skin of inflammation. While Korean beauty brands popularized the use of snail slime in skin care products, Chileans were actually the first to incorporate snails into skin care. In the ‘80s, Chilean snail breeders noticed how unusually soft their hands were from handling the snails, leading to the Chilean snail cream Elicina.

Based on the healing properties mentioned above, it has been theorized that applying snail mucin to the skin could provide skin-regenerating benefits. According to researchers at the University of Nigeria, snail mucin plays an important role in wound healing as it enhances the skin’s natural regenerative response on the formation of new tissues, probably through immune response. Due to these healing properties, snail slime has been shown to help with acne, rosacea, scars, razor bumps, and even signs of aging.

Many of the snail mucin benefits come from three key components: hyaluronic acid, glycolic acid, and allantoin. Hyaluronic acid is an exceptional ingredient for adding hydration to the skin. It is a glycosaminoglycan that draws in moisture from the environment and can hold up to 1,000 times its weight in water. Hyaluronic acid may also help to plump the skin and reduce signs of aging.

Glycolic acid is a type of alpha hydroxy acid (AHA) that exerts anti-inflammatory, keratolytic, and antioxidant effects, and acts as both an exfoliator and a moisturizer. Glycolic acid exfoliates the skin by targeting corneocytes (dead skin cells that make up the top layers of skin) in a process called corneocyte desquamation. By enhancing their breakdown and increasing the separation of skin cells, the rate of cell turnover is increased, leading to smoother, brighter skin. Glycolic acid is also a humectant, which means it grabs onto water and slows it from evaporating. The natural glycolic acid in snail slime will help to brighten skin and promote a dewy glow.

Allantoin is another key component of snail mucin that provides several benefits. Allantoin is a very gentle and effective moisturizing ingredient. Additionally, allantoin is a keratolytic, which means it has the ability to smooth skin through exfoliation of the top layer of dead skin cells. Allantoin can help to increase skin smoothness, aid in wound healing, and promote cell proliferation and longevity. This is why using a snail cream can help promote skin healing and regeneration.

Are you still grossed out by the thought of snail slime in your skin care products? If so, there’s no need to worry; the snail slime is collected after the snail leaves a trail and is completely purified before being included in skin care products. You’ll see the term “snail secretion filtrate” on the product ingredient list. Speaking of snail skin care products, you are probably wondering what is the best snail cream? Below we have our top three picks for snail face creams. But if you’re still grossed out by the thought of snail skin care, skip down to the next section where we have an alternative to snail cream.

Missha snail cream
Missha Super Aqua Cell Renew Snail Cream contains 70% snail secretion filtrate, which is said to support natural cell regeneration and replenish moisture to increase firmness in skin. Other key ingredients in this snail cream include baobab seed extract and arbutin. Baobab seed extract is packed with antioxidants, such as vitamins A and C, while arbutin is a glycoside that promotes skin lightening.

You may decide that snail slime just isn’t your thing even after reading about all the benefits. We totally understand! So what can you use instead of snail cream to achieve regenerative, anti-aging benefits? Our top pick would be Formulyst’s Anti-Aging Concentrate. This all-in-one serum conditions your complexion and helps reduce the appearance of age spots, wrinkles, and fine lines. One of the key ingredients in this serum is Matrixyl 3000, a peptide complex composed of the matrikines palmitoyl tripeptide-1 and palmitoyl tetrapeptide-7. These two peptides work synergistically to restore and maintain the skin’s youthful appearance by signaling to cells to produce more collagen. Numerous studies have proven the anti-aging and anti-wrinkle efficacy of Matrixyl 3000.

Formulyst Anti-Aging Concentrate also contains many natural ingredients, such as green tea, vitamin C, and vitamin E. All three of these ingredients provide powerful antioxidant activity, protecting the skin against environmental free radicals that are known to contribute to signs of aging. Overall, Formulyst Anti-Aging Concentrate is a multi-tasking serum that is formulated to help promote the five signs of youth – radiance, elasticity, firmness, skin tone and smoothness. 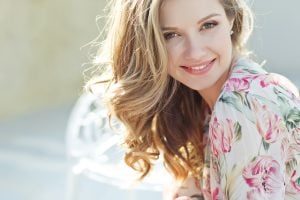