Sucrose, also known as common sugar, is used in cosmetics and skincare products due to its functions as a natural exfoliant and humectant moisturizer.

Sucrose is a disaccharide, a molecule composed of two monosaccharides: glucose and fructose. It is obtained by crystallization from sugar cane or sugar beet juice that has been extracted by pressing or diffusion, then clarified and evaporated.

While you will be familiar with sugar in the context of cooking, baking, or your morning coffee or tea it also has uses in skincare. It is mainly used as a mild exfoliant, helping to physically slough off dead skin cells. It is also used as a humectant. Humectants are a type of ingredient that helps to draw moisture into the skin. One humectant you may be familiar with is hyaluronic acid. 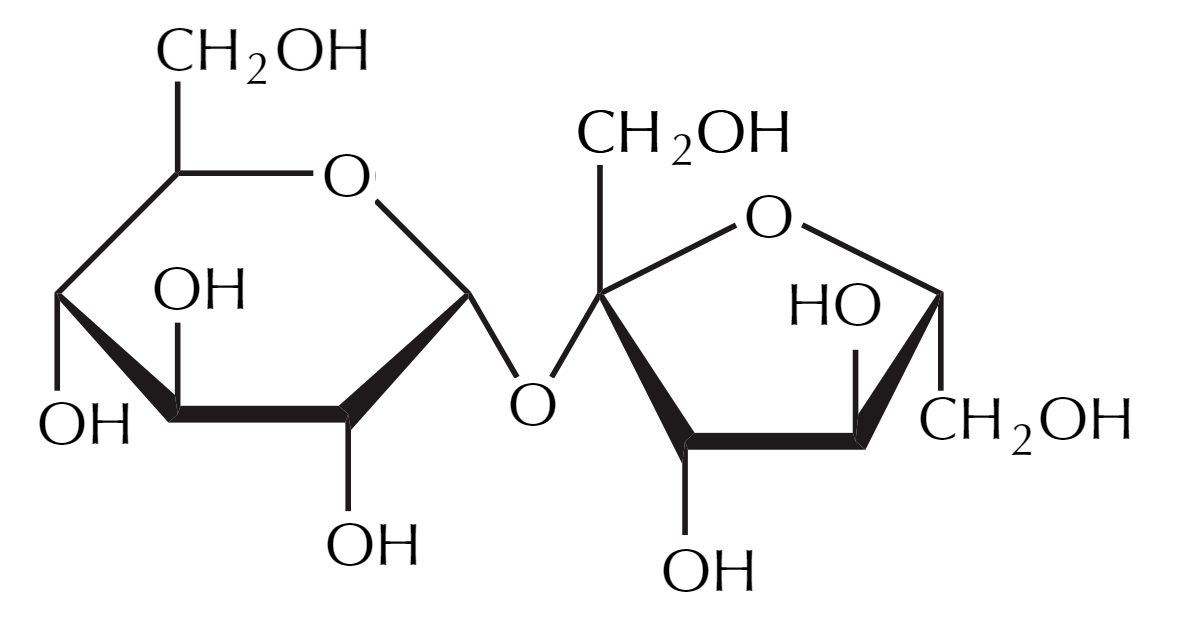 the good: Sucrose functions as a natural exfoliant and humectant moisturizer. It is used to mildly exfoliate the skin and draw moisture to the skin’s surface, giving your skin that hydrated appearance.

the not so good: Sucrose is not widely used.

Why Is Sugar In Your Skincare?

Sucrose is used as a natural exfoliant and humectant moisturizer in cosmetics and personal care products.

Sucrose exists in the form of small, crystalline particles, which enables this ingredient to function as a gentle abrasive. Products that contain sucrose as an abrasive will help to exfoliate the top layers of skin, removing makeup, excess oil, dirt, and other impurities that may have accumulated during the day.

Exfoliation can be a useful way to minimize the accumulation of extra dead cells on the skin’s surface that may clog pores, eventually turning into undesirable acne or other dermal-related conditions. Furthermore, exfoliating becomes even more important as we age since the skin’s natural cycle of shedding dead cells slows down.

However, over-exfoliation can lead to issues with the skin’s natural barrier, irritation, and sensitivity. It is always better to exfoliate less than more.

Sucrose functions as a humectant moisturizer. A humectant is a water-loving substance that often has a molecular structure with several hydrophilic groups. Hydrophilic means that the molecule is attracted to water.

This structure allows humectants to attract and retain the moisture in the air nearby via absorption, drawing the water vapor into or beneath the surface of the skin. This function of sucrose makes it a very useful ingredient for those with dehydrated skin.

Sucrose fatty acid esters a related type of ingredient that is typically added to cosmetic formulations as emulsifiers. Emulsifiers help to improve the mixing of products that contain both water and oil-based ingredients.

Oil and water don’t mix easily and will often separate or split, causing the product to lose its creamy consistency. Emulsifiers help to minimize splitting, helping to keep the ingredients mixed together.

These esters work by mixing the water-loving sucrose with a fatty acid or oil-based ingredient to make an ingredient that can exist and bind to both water and oil at the same time.

Additionally, sucrose fatty acid esters function as surfactants, which work to lift oil and dirt from the skin, allowing them to be washed away. Other sucrose esters have a function in skin conditioning and work as emollients.

Cosmetics products that might have sucrose esters as an ingredient includes eyelash products, hair treatments, oil gels, skin products, and deodorants. Finally, sucrose oleate and sucrose laureate may function as penetration enhancers, which help to improve how the skin absorbs key ingredients.

Salt-based scrubs a widely used in body exfoliation products. However, they can be harsh or leave the skin dry and irritated. This is where sugar scrubs may be beneficial to the skin.

Scrubs that contain sucrose also have a few benefits over salt scrubs. For one, small sucrose granules are generally gentler than salt, which can cause microscopic tears in the skin.

Another benefit is based on the natural humectant properties of sucrose, which helps to hydrate the skin. In contrast, salt scrubs can actually strip skin of natural oils.

Sugar has been linked with an increase in blemishes and breakouts when consumed in large amounts regularly. This seems to be due to the effect that sugar has on your hormones, thus hormonal acne.

However, its effect when applied topically will not cause your skin to break out as it doesn’t affect the body in the same way.

Yes, sucrose is a vegan ingredient and is usually derived from plant-based sources such as beets or cane.

If you are looking for a vegan product, always ensure you check the rest of the ingredients in the product. This should also include whether the brand is cruelty-free.

The US Food and Drug Administration or FDA includes sucrose on its list of substances affirmed as Generally Recognized as Safe (GRAS) for direct addition to food. As such the Cosmetic Ingredient Review Expert Panel, a group responsible for evaluating the safety of skincare and cosmetic ingredients has deferred a review of this ingredient.

However, the safety of sucrose fatty acid esters has been evaluated by the Expert Panel. The Expert Panel evaluated the scientific data and concluded that the fatty acids were safe for use in cosmetics and personal care products.