What Is Acetyl Glucosamine?

Acetyl glucosamine is a skin-replenishing ingredient that helps to reduce signs of aging.

Hyaluronic acid is responsible for maintaining the skin’s moisture levels and helps to improve the appearance of the skin, giving it a dewy, hydrated look. As a substrate to hyaluronic acid synthesis, acetyl glucosamine is able to replenish hyaluronic acid when levels become depleted. 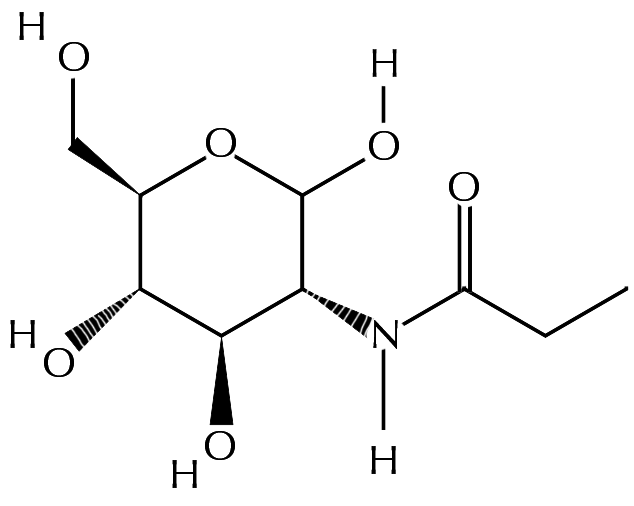 the good:Helps to improve the appearance of aging skin by supporting the skin’s ability to retain moisture.

the not so good:It is not a well-studied ingredient, more research needs to be conducted into exactly how it works to improve the appearance of the skin.

How Does Acetyl Glucosamine Benefit The Skin?

Acetyl glucosamine functions as an anti-aging skin care ingredient based on its ability to replenish hyaluronic acid.

Hydration
Hyaluronic acid is a key molecule involved in maintaining skin hydration with the ability to hold up to 1,000 times its weight in water. Youthful skin retains its resilience, and structure due to its rich supply of hyaluronic acid and high water content. According to the Journal DermatoEndocrinology, the most dramatic histochemical change observed in aging skin is the marked disappearance of hyaluronic acid in the skin.

Hyaluronic acid is suggested to be a valuable ingredient in cosmetics, however, it does not penetrate the skin efficiently due to its high molecular weight. Therefore, since acetyl glucosamine is a building block of hyaluronic acid and it penetrates through the skin, it is thought that this ingredient can replenish hyaluronic acid in aging skin. Ultimately, this potentially increases the skin’s water content, resulting in a more smooth, plump complexion.

A study published in the Journal of Cosmetic Science evaluated the effect of acetyl glucosamine on water content in human skin. In vivo, the researchers observed that topical treatments with a formulation containing N-acetyl-glucosamine led to an increase in skin moisturization and a decrease in skin flakiness.

Exfoliation
Another way acetyl glucosamine can improve the appearance of aging skin is through exfoliation. This ingredient provides skin exfoliating properties similar to alpha and beta hydroxy acids without the irritation. The same study mentioned above hypothesized that amino sugars like acetyl glucosamine could change the way some skin cells differentiate and adhere, leading to the normalization of skin’s natural exfoliation mechanisms. This finding could be very beneficial for those with sensitive skin since exfoliation with acids can lead to side effects such as redness, irritation, and photosensitivity.

Pigmentation
Lastly, acetyl glucosamine has been found to reduce the appearance of facial hyperpigmentation in a recent research article. The study suggested that acetyl glucosamine may reduce the production of melanin, a pigment that gives skin its color, through several mechanisms, including gene regulation of the genes responsible for melanosome transport. These changes are believed to be associated with pigment reduction, leading to a brighter, more even complexion.

There is limited data available on the safety of acetyl glucosamine as used in cosmetics and personal care products. According to EWG’s Skin Deep Cosmetic Database, acetyl glucosamine is rated as a 1 on a scale of 1 to 10, with 1 being the lowest risk to health and 10 being the highest.