What Is Palmitoyl Tetrapeptide-7? 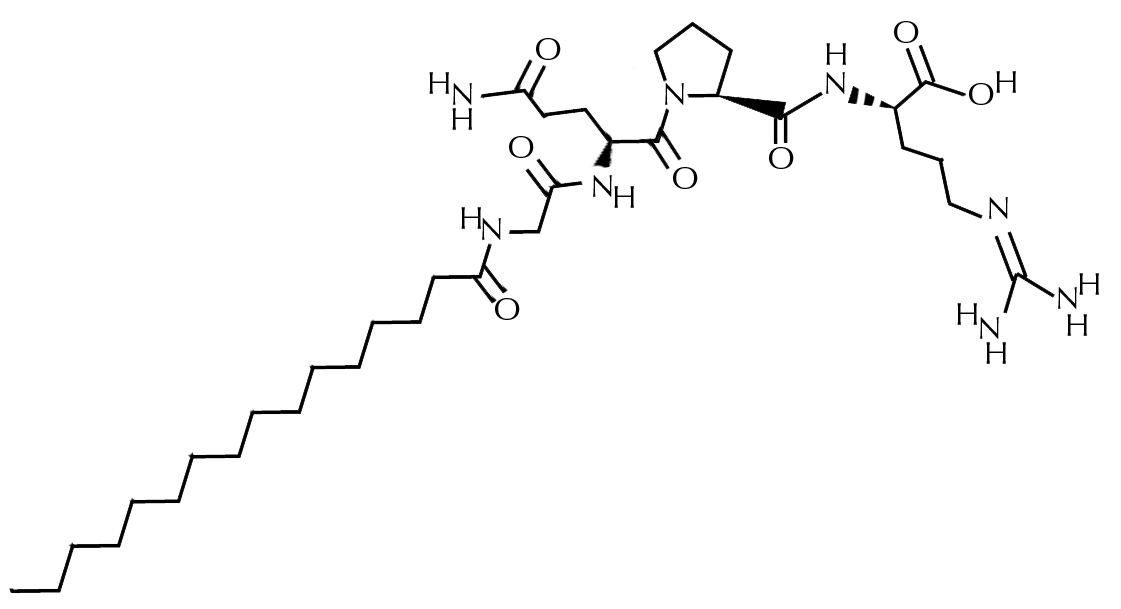 What Is Palmitoyl Tetrapeptide-7 and How Does It Work?

Palmitoyl tetrapeptide-7 is a type of synthetic peptide compound that combines several chains of amino acids. It is primarily used in anti-aging skincare formulations to help support healthy collagen production and cell function.

Through research into this peptide, it has been identified that palmitoyl tetrapeptide-7 may stimulate the regeneration of collagen fibers in the dermis by acting as a cellular messenger. Palmitoyl tetrapeptide-7 is also thought to increase the amount of hyaluronic acid in the skin, which can help tighten skin by attracting moisture to the epidermis.

Palmitoyl tetrapeptide-7 is one of many peptides that have recently been discovered that are used due to the positive effect on skin health. Peptides are chemicals that exist naturally, but many cosmetic companies are now creating them synthetically, in the lab, to achieve greater control over how they affect the skin. Most peptides are made of chains of amino acids, which are directly involved in the creation of proteins in the body.

Palmitoyl tetrapeptide-7 is most often found in anti-aging serums, moisturizers, and in some cosmetic formulations. In a study reviewed by the Cosmetic Ingredient Review Expert Panel, the results indicated that there was a statistically significant increase in skin elasticity, a reduction in deep wrinkles, and improved skin texture. It was also found to have a dose-response for collagen 1, fibronectin, and hyaluronic acid synthesis. Collagen 1, fibronectin, and hyaluronic acid have all been associated with the aging process.

Palmitoyl tetrapeptide-7 is mainly used in anti-aging products for its ability to help improve the skin’s visible elasticity. Some newly reported effects that are still under investigation are; involvement in the body’s inflammation process, potentially helping to reduce cell damage during inflammation, pigmentation, uneven skin tone, and some studies suggest it may help in reducing the appearance of rosacea. This research is relatively new, and while it is promising, it is important to understand that multiple studies need to suggest these potential benefits before they can be recognized as selling points for the ingredients. At the moment, the research is not significant enough to make these claims.

The Cosmetic Ingredient Review Expert Panel, a group that reviews the safety of skincare and cosmetic ingredients, has reviewed the available data on palmitoyl oligopeptides and has determined they are safe for use. There are no reported issues in terms of sensitivity, toxicity, or hormone disruption. However, palmitoyl tetrapeptide-7 is a relatively new ingredient. While there is a respectable amount of research on its effects, further information will be reviewed by the Cosmetic Ingredient Review Expert Panel. As they mentioned in their report, given the similarity in structure to other peptides in the body, they have the potential to interact with different pathways in the body.

There are reported side effects relating to pigmentation. This ingredient’s ability to break down skin pigment could lead to skin discoloration issues. If you’re planning to add products with palmitoyl tetrapeptide-7 to your routine, do so gradually, and preferably under the care of your dermatologist.