From birthmarks to conditions such as melasma that we develop later in life as adults, skin discolorations occur in many forms. Skin pigmentation depends on a variety of factors and can suggest different issues linked to our health. Such disorders can pop up as patches on the skin or affect the entire body. While most pigmentation issues are harmless, they can be bothersome and cause a person to become self-conscious. Some discoloration can be treated with a simple treatment, though more severe cases require intense ongoing care.

To be clear, pigmentation means coloring, so it’s a disorder that affects your skin color. There are individual cells that make melanin, the pigment responsible for giving our skin its color. However, when these cells become damaged or in poor health, melanin production is adversely affected. While we’re about to dive into some of the most common causes of skin discoloration, it’s interesting to note that COVID-19 has caused experts to pick up on a new skin discoloration issue related to the virus. Dermatologists have started to notice red or purple toes, bumps on the fingers, itchy hives, and a red lacy rash across the arms and legs.

To determine if these skin conditions were genuinely linked to the Coronavirus, a study was conducted. The research revealed that the skin discoloration could indicate partial or full blockage (clotting) of the blood vessels, which could cause rashes and skin discoloration. While researchers could not confirm the timing of these skin issues for each patient, they did conclude that there could be some “potential manifestations” that cause these skin discolorations.

While we may not know what the future holds in terms of ongoing skin discoloration conditions, we can gain a deeper understanding of issues that have been plaguing humans for decades — if not centuries. 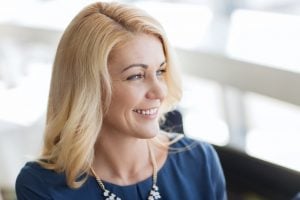 The name may sound new to you, but tinea versicolor (also known as pityriasis versicolor or PV) is a common fungal infection of the skin. The fungus disrupts normal skin pigmentation, which causes small, discolored patches (which could be lighter or darker) to develop — typically on the chest, neck, shoulders, and parts of the face. Still, studies show it can manifest on a hairy scalp, too. These patches are also accompanied by mild itching and scaling. While it’s not a contagious skin condition, it can prompt emotional distress due to its appearance.

Cause
The fungus that sparks this skin condition can be found on healthy skin. It’s when the fungus overgrows that tinea versicolor gets out of control. Triggers include oily skin, hot and humid weather, a weakened immune system, and fluctuating hormones.

Treatment
Though antifungal lotions, creams, and shampoos, and oral medication can help treat versicolor, there may still be uneven discoloration for anywhere between a few weeks to several months. To prevent versicolor from returning, you may need to reintroduce a treatment product during warm and humid months. Common medications include:

Vitiligo is a chronic skin condition distinguished by patches of the skin that are in the process of losing their pigment. Perhaps you’ve seen famous vitiligo model Winnie Harlow walking the catwalk, embracing her uniqueness. Eventually, these patches turn entirely white and typically have sharp edges. Skin hair, nose, and the inside of the mouth can also become affected. Researchers have identified several forms of vitiligo, including:

Cause
Vitiligo is an autoimmune disorder, which happens when the immune system attacks the body’s organs and tissues. Those with vitiligo have an immune system that assaults melanocytes (pigment cells in the skin.) Research suggests that approximately 15 to 25% of people with vitiligo are also affected by at least one other autoimmune disorder. Examples include psoriasis, autoimmune thyroid disease, rheumatoid arthritis, type 1 diabetes, pernicious anemia, Addison disease, or systemic lupus erythematosus.

Treatment
As this is a skin condition that tends to spread, vitiligo treatment is crafted based on the changing appearance of the skin in an effort to restore color. A doctor may suggest one or more of the following:

Hyperpigmentation is a common and typically harmless skin condition identified by patches of the skin that become darker than the normal skin.

Cause
As the name suggests, hyperpigmentation is precipitated by an overproduction of melanin. By now, you know melanin is the natural pigment that gives our skin, hair, and eyes their hue. The main factors for increasing melanin include sun exposure, age, fluctuating hormones, inflammation, and skin injuries. There are three main types of hyperpigmentation:

Treatment
As with other skin conditions such as wrinkles, crepey skin, and under-eye circles and bags, prevention is critical. Wearing sun protection every day (even when it’s cloudy) is one of your best measures of defense. If you’re late to the game and already have discoloration, you should still wear a broad-spectrum sunscreen to prevent future damage. Treatment options for hyperpigmentation include:

Cause
Vascular birthmarks like port wine stains are formed when blood vessels don’t form correctly, whereas pigmented birthmarks such as moles are caused by an overgrowth of the cells that create excess skin color.

Treatment
Most birthmarks can be left alone (unless they’re jeopardizing one’s health), but for those who feel self-conscious about the discoloration (especially if it winds up on the face), there are some possible treatments.

According to the National Organization for Albinism and Hypopigmentation, “Albinism occurs in all racial and ethnic groups worldwide. In the U.S., approximately one in 18,000 to 20,000 people have some type of albinism. In other parts of the world, the occurrence can be as high as one in 3,000. Most children with albinism are born to parents whose hair and eye color are typical for their ethnic backgrounds.”

Cause
Albinism is an inherited skin disorder caused by the absence of pigment (due to an atypical gene that prohibits melanin production) in the skin, hair, or eyes. However, it’s a common myth that albinos have red eyes. What’s really happening is that certain lighting conditions can make it easier to see the blood vessels at the back of the eyes, which gives them a reddish or violet cast. Unfortunately, those with albinism often have vision problems.

Treatment
There is no treatment, but it’s crucial individuals with this skin condition swear sunscreen at all times as they are highly susceptible to sun damage and skin cancer due to the loss of pigment.

Rosacea is a common skin condition that causes excessive redness (almost like a bad sunburn) and visible blood vessels in your face. Small, red, pus-filled bumps may also be present. While this disorder will be more evident in those with a lighter skin tone, according to the American Academy of Dermatology Association, people of color can get rosacea, too. The difference is that the redness is more of a dusky brown hue and the bumps are more of a yellowish-brown color. There are four different types of rosacea (though one affects the eyes, so we’ll skip talking about that one for the sake of staying on track), each of which contributes to skin discoloration in its own way.

Cause
Unfortunately, the cause of rosacea is unknown, but it’s exasperated by triggers such as sunlight, stress, spicy foods, excessive heat, and even hairspray.

Treatment
Along with avoiding the aforementioned rosacea triggers, this skin condition can be treated with:

Eczema is the all-encompassing name for a group of skin conditions that cause dry, itchy skin patches, redness, and irritation. There are seven different types of eczema, including:

Cause
The specific cause is unknown, but experts agree it’s likely due to a combination of environmental and genetic factors. Low humidity, heat, harsh detergents, materials like wool, and certain foods, and emotional stress can cause an eczema flare-up.

Treatment
First and foremost, try to avoid eczema triggers whenever possible. Heed this critical piece of advice because currently, there’s no cure for this skin condition. You can, however, manage it with the following treatment options.

Psoriasis is a condition that occurs when the immune system causes certain areas of the skin to produce new cells more quickly than usual. Along with itching, burning, dry, cracked skin that’s prone to bleeding, people with psoriasis also experience skin discoloration due to red patches of skin covered with thick, silvery scales.

Cause
The cause of psoriasis is not clear, but scientists believe that most people with psoriasis inherit one or more specific genes that can affect the immune system to make them prone to psoriasis. According to these experts, the most common cause of a flare-up is stress. As with eczema, mental stress causes the body to release chemicals that boost the inflammatory response.

Treatment
If psoriasis is severe, prescription-strength topicals or oral medication can be more effective than over-the-counter creams.

At some point in most people’s lives, they get a bad sunburn. Between the chills, fire-engine red skin, barely touchable skin, sunburn blisters, and the snake-like peeling process, you’d think you’d learn better after the first time it happened. On top of the discomfort and lobster-like appearance, a sunburn leads to sunspots (hyperpigmentation as mentioned above), premature aging (read: wrinkles), and at its worst, skin cancer.

Cause
A sunburn is an inflammatory reaction to dangerous UV (ultraviolet) radiation, which damages the skin. Melanin is working overtime to protect against the sun’s harmful rays, which is why the pigment darkens when it’s exposed to the sun. However, the amount of melanin you produce all comes down to genetics. Some people tan while others burn. Either way, the skin is experiencing cellular damage at this point. For those who are more susceptible to burning, the skin becomes red, swelled, and painful — it may even blister. The peeling process is an indicator that the body is trying to get rid of damaged cells. Never peel this skin; let nature take its course, or you run the risk of scarring.

Treatment
Unlike some of the other aforementioned skin conditions, a sunburn is entirely preventable if you limit sun exposure, wear a broad-spectrum SPF with UVA/UVB protection of at least 30, and sport protective gear such as a hat, visor, and sunglasses. Experts also suggest you stay out of the sun during the most dangerous period between 10 a.m. and 4 p.m. However, if you do wind up getting burned, you should:

There are many different reasons why the skin experiences discoloration, but in most cases, it all comes down to melanin issues — sometimes our skin produces more, sometimes less. While most pigmentation issues are harmless, it’s always a good idea to keep an eye on any noticeable changes such as size, shape, color, texture, reaction to current treatments, etc., in case there’s an underlying condition. Even a severe sunburn is a reason to call your dermatologist or another healthcare provider. From prescription topicals and dermatological treatments to over-the-counter healers to simply embracing skin discoloration, there are copious options, so work with a dermatologist to find the best treatments for you.