What Is Sodium Polyacrylate?

Sodium polyacrylate is a synthetic polymer used in cosmetics and skincare products. It is used to improve the sensory feel and stability of products. It functions as a thickening agent, texture enhancer, film-forming agent, and emulsion stabilizer.

In its dry form, sodium polyacrylate exists as a white, fluffy powder. When it is added to water, however, it turns into a gel-like substance, absorbing many times its weight in water. This is why sodium polyacrylate is considered a “super absorbent polymer”. 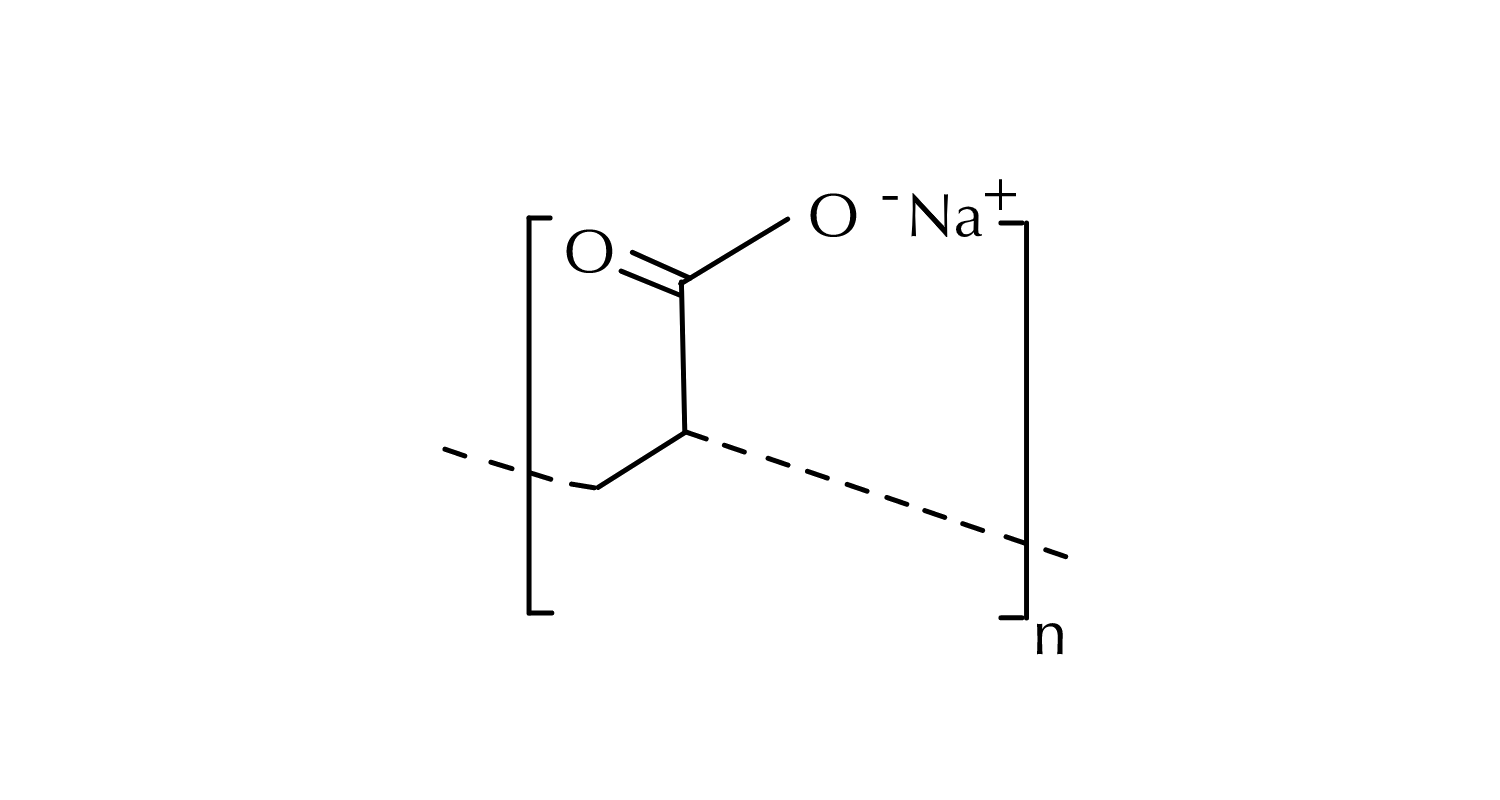 the good:Sodium polyacrylate’s main function is to improve the sensory feel and stability of a product. This means that it helps the product feel smooth and pleasant to use as well as stabilizing the product so that it doesn’t separate or split.

the not so good:Sodium polyacrylate doesn’t cause any irritation or sensitivity.

Why Is Sodium Polyacrylate Used?

Sodium polyacrylate functions as a thickening agent based on its ability to absorb as much as 100 to 1000 times its mass in water.

In water-based solutions, the sodium ions in sodium polyacrylate are free to move since they are replaced by positively charged hydrogen ions. This means that instead of an organized polymer chain, a gel forms. As the gel absorbs water it helps to thicken the formulation.

As a texture enhancer, sodium polyacrylate contributes to the smooth, glossy appearance of products. It keeps the texture of a product soft and supple while also conditioning the skin.

By adding sodium polyacrylate to things like shampoos, conditioners, creams, and lotions, formulations will look and feel more rich, smooth, and creamy.

Sodium polyacrylate has a stabilizing effect on emulsions. Emulsions are the name we give to formulations that have both water and oil-based ingredients. Often these kinds of products can be hard to keep from separating or splitting, where the oil and water-based ingredients repel eachother.

When water and oil- based ingredients are mixed they create a dispersion of droplets such as oil droplets in water. However, when mixing stopsthe two ingredients can begin to separate.

An emulsifier like sodium polyacrylate can be added to help the droplets remain dispersed.

This improves the consistency of a product, which enables an even distribution of topical skincare benefits.

Sodium polyacrylate is a vegan ingredient. It is usually synthetically derived.

If you are looking for a vegan product it is best to hceck that the other ingredients in the formulation are also vegan and that the brand is cruelty-free.

The safety of polymers that contain the acrylic acid monomer such as sodium polyacrylate, has been assessed by the Cosmetic Ingredient Review Expert Panel.

The CIR Expert Panel is responsible for the independent evaluation of skincare and cosmetic ingredients. The Expert Panel evaluated the scientific data and concluded that sodium polyacrylate was safe for use in cosmetics and personal care products when formulated to avoid skin irritation.