Caffeine is being increasingly used in cosmetics and skincare products due to its ability to penetrate the skin barrier, providing benefits such as reducing the visible signs of aging, improving circulation, and act as a source of antioxidants.

Now, you are probably familiar with caffeine, probably consume it most days, however, you may not be familiar with its uses in skincare and personal care products.

Caffeine was discovered in 1819 by German chemist Friedlieb Runge, who isolated the molecule from an Arabian Mocha Bean. Today, caffeine is the world’s most widely consumed psychoactive drug.

Caffeine is a central nervous system stimulant that is well known for its presence in coffee and tea. In addition, caffeine is known to be present in approximately sixty different plant species.

The most common sources of caffeine are the beans of the two cultivated coffee plants, Coffea arabica, and Coffea canephora, in the leaves of the tea plant, and in kola nuts. When consumed, caffeine reversibly blocks the action of adenosine on its receptor, which prevents the onset of drowsiness induced by adenosine. Meaning it helps to keep you awake and alert, if not a little anxious when you consume it.

In addition to the energy-boosting effects gained from consuming caffeine, there are also benefits of applying caffeine topically. The date that caffeine first emerged in the skincare industry is unknown. However, in 2006, over 140 skincare products containing caffeine were launched in the United States, as compared to just 21 in 2003. 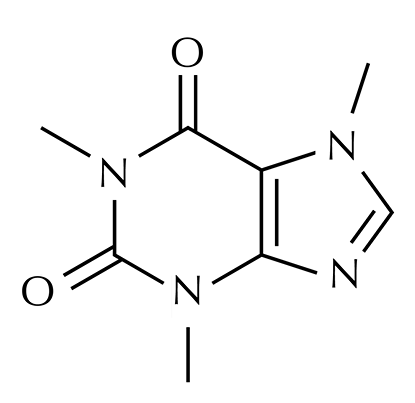 the good: Caffeine may help to reduce the visible signs of aging, improving circulation, and act as a source of antioxidants.

the not so good:Caffeine can cause some stinging, tingling or burning on some skin types. If you experience this or have sensitive skin you may want to avoid caffeine-based skincare products.

Keep an eye on:Most of the benefits of caffeine, in particular its benefits to cellulite or dark circles, is temporary and isn’t the best long term solution.

What Are The Benefits of Caffeine In Skincare?

The functions of caffeine in skincare and beauty products are based on the ability of caffeine to scavenge free radicals, improve circulation, protect skin from sun damage, and stimulate hair growth.

Caffeine has some antioxidant properties. Antioxidants work by neurtalizing free radicals. Free radicals are produced when the skin is exposed to UV rays, pollution and can be affected by diet, smoking and alcohol.

Free radicals are highly reactive molecules that can attack important cellular components, such as DNA, cell membranes, proteins, etc., which leads to signs of aging.

This function aids in reducing the amount of blood that accumulates under the eyes which is considered to be a major factor that contributes to dark circles.

Additionally, vasoconstriction can firm the skin due to the removal of excess fluids and possible stimulation of the lymphatic drainage system. Thus, eye creams that contain caffeine are thought to help reduce dark circles and puffiness.

Caffeine is often used as an active compound in anti-cellulite products because it prevents excessive accumulation of fat in cells.

As dermatologist Julie Russak, M.D., explains to Women’s Health, ‘Caffeine dehydrates the fat cells and stimulates circulation, therefore making the skin appear tighter and smoother.’ However, she notes that these effects are temporary and shouldn’t be relied on as long-term solutions.

Clinical studies have suggested the caffeine may help to protect cells against damage caused by UV radiation and slow down the process of photoaging skin.

Studies on mice exposed to radiation examined the effects of topical caffeine application. Results from these studies revealed that caffeine has a sunscreen effect on the skin of mice and also inhibited UVB-induced skin carcinogens. While this is interesting research it is important to note that mice studies aren’t always transferable to human skin. There aren’t any systemic human studies on this topic yet.

However, some studies have put forward a potential explanation suggesting that caffeine may help block the protein ATR, therefore protecting skin against UV damage and, ultimately, reducing the risk of skin cancer.

Caffeine may have the ability to stimulate hair growth. This is why you may often find it in hair growth products such as shampoos, mousses or gels.

The idea is that it may stimulate hair growth through inhibition of the 5-α-reductase activity. Originally it was thought that its benefits to hair growth were a result of increased circulation. However, more recent research seems to suggest a more complex action.

Additionally, caffeine may help other ingredients to penetrate deeper into the follicle. This allows key ingredients to be absorbed better when applied.

Is Caffeine Safe To Use On Your Skin?

The US Food and Drug Administration includes caffeine on the list of substances Generally Recognized as Safe as a multipurpose food substance.

The Cosmetic Ingredient Review Expert Panel, a group responsible for evaluating the safety and efficacy of skincare and cosmetic ingredients has deferred evaluation of caffeine because the safety has been established by FDA.

However, since caffeine does penetrate the skin it may be sensitizing for some individuals.